We at FIRE PR Group were deeply saddened by the passing of Steve Jobs on October 5th. Though he was only 56, he left behind an impressive legacy. To honor his memory we have compiled a list of 10 ways Steve Jobs changed the world. 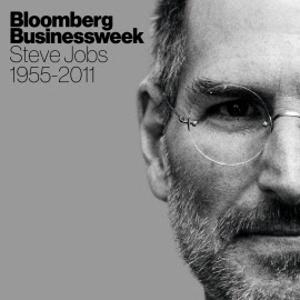 1. He made computers simple and personal

In fact, Jobs made the first “PC”, which stands for personal computer. Although we now have the PC vs. Mac war, the first PCs were the Apple II series. The personal computers Jobs made were also easier to navigate and more intuitive than other PCs. As Ryan O’Ramsay Barrett, CEO, ORAM Corporate Advisors said, “Five years ago, technology hindered us, but with Apple, technology now lifts us.”

One example is how Laundry Service Media was able to save trees by using the iPad. Jason Stein, a founding partner, estimates that the company saved about 10,000 pages of paper by making sure that everyone had an iPad instead of a paper script.

One has only to look around to see how iPads and iPhones have sped the pace of life up. Whether it is rental companies using the iPad to have potential tenants fill out applications immediately or someone scanning a QR code on someone’s business card; we are able to live life just a little faster.

We’ve all seen and possibly chuckled at the “Get a Mac” ad campaign featuring John Hodgman as a stodgy, outdated PC and Justin Long as a sophisticated Mac, but Apple began to push the advertising envelope as early as 1984. In a famous commercial that ran during the Super Bowl: an athlete runs into a room straight out of a dystopian novel, throws a sledgehammer at a projector screen full of propaganda and then the screen reads, “On January 24, Apple Computer will introduce Macintosh. And you’ll see why 1984 won’t be like ‘1984.’”

No longer must an employee be tied to a desk to get work done. Calls, emails, searching: all can be done on devices such as iPads and iPhones. Ann Marie van den Hurk, principal of Mind The Gap Public Relations, LLC says it best:”I no longer have to take a camera, MP3 player or DVD player everywhere I go. All of it is on my iPhone. Slip it in my pocket and I’m ready to go anywhere.”

6. Beauty in the technical

Steve Jobs once famously dismissed Dell’s computers as “un-innovative beige boxes.” In I still remember back in 1998 when iMac appeared with its brightly colored sides. Then, a year later came the iBook with its unique clamshell design. Never before had design been as important as hardware and engineering, but now it is simply expected.

Computers were once the realm of tech people, but since Apple’s innovations have become a thing that everyone can “geek out” to. People have favorites and get into debates about which computers and devices are better.

Apple’s innovations have opened the idea boxes of every other technical company. For example, it’s clear the iPad inspired the Kindle Fire. Other companies have looked at the iPad and envisioned the next possibilities.

Jobs 2005 speech at Stamford University is widely reported as one of the top ten most inspirational videos ever. A quote I often see is: “Remembering that I’ll be dead soon is the most important tool I’ve ever encountered to help me make the big choices in life. Because almost everything – all external expectations, all pride, all fear of embarrassment or failure – these things just fall away in the face of death, leaving only what is truly important.”

Before Jobs came along, no one had integrated so much into the same company. Jobs turned Apple into a huge network of products that touched nearly every aspect of daily life. We work and spend our free time on MacBook Pros and iPads, listen to our iTunes libraries on our iPods, talk and text and play games on our iPhones, edit photos and videos in iPhoto and iMovie.

House Majority Leader Eric Cantor paid tribute to Steve Jobs with a statement both simple and profound: “There is not a day that goes by, and often not an hour, that a Steve Jobs invention does not better my family’s life.”

Jobs leaves behind his wife and four children.

Welcome to FIRE PR! What can we Ignite for you?
View all posts by FIRE PR Group →
This entry was posted in Events and tagged 10 ways he changed the world, Apple, Dead, FIRE PR Group, innovation, Mac, media, Public Relations, Steve Jobs. Bookmark the permalink.